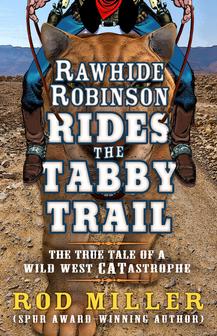 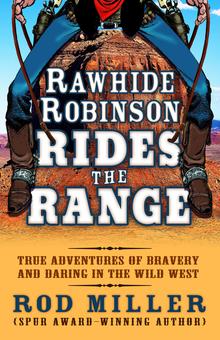 Western Writers Hall of Fame author and recipient of numerous other literary awards, Loren D. Estleman, wrote this about the forthcoming Rawhide Robinson Rides a Dromedary:

“I’m jealous of Rod Miller. His solid historical research—and his sure instinct for what readers want in an adventure story—are bound to win him a lifetime of dedicated fans. Rawhide Robinson Rides a Dromedary is rich in color, texture, and relentless forward movement—“locomotion,” as one of his sharply drawn characters would put it—and I am one of those fans.”

Johnny D. Boggs, Western author and winner of the National Cowboy and Western Heritage Museum Wrangler Award and a record-setting number of Western Writers of America Spur Awards, says this about Rawhide Robinson Rides the Range:

“Forget Pecos Bill, Deadwood Dick and even Buffalo Bill. Rawhide Robinson tops them all. Rod Miller tells this outrageous story with a dry wit and a keen ear and eye for the absurd. Chances are, you’ve never met a bigger liar than Rawhide Robinson or a funnier storyteller than Rod Miller.”

“Move over Pecos Bill. Step aside Bunyan, and take that mangy blue ox with you. There’s a new man riding the range, a teller of tales as tall as the Rocky Mountains and as slick as a goose on grease. His name is Rawhide Robinson, and he’s about to take you on a cattle drive the likes of which hasn’t been seen since Gus and Woodrow rode up the trail to Montana’s Milk River.

With Rawhide Robinson Rides the Range, two-time Spur Award-winning author Rod Miller has created a fun and fascinating fable of the American West, chock-full of genuine cowboy lore, side-splitting wit, and occasional doses of wisdom tossed in as garnishment. Take this ride along with Enos Atkins, Doak, Arizona, a kid called McCarty, and Rawhide Robinson. It’ll be more fun than a bronc at the breakfast fire.”

“Rod Miller is such a great storyteller that his characters’ characters tell wonderful stories. This book is a delight” 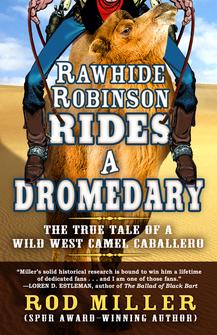